The controversy and a how-to guide for re-tuning your music for free.

Did you know that the Treaty of Versailles written over 100 years ago set in motion how the world listens to music to this day?

The treaty was the first attempt to standardize musical pitch on a massive, international scale.

The exact pitch specification bounced around a bit over the years (it also varies based on room temperature), until finally settling on A=440 Hz at a 1939 international conference held in London.

For the musically and technically inclined, what was established here was that the A note above middle C is required to be set to a frequency of 440 Hz in an effort to standardize music across different nations.

Here’s where the controversy begins. Some folks say that 432 Hz “sounds better” and is more “mathematically perfect” than 440 Hz. For something as seemingly mundane as a musical pitch, 432 Hz seems to stir up quite a discussion and controversy.

To be honest I don’t know the first thing about music theory.

To me 432 Hz sounds a bit better, I think. On some occasions I have a hard time noticing a difference at all. But check it out for yourself:

432 Hz tuned music was associated with a slight decrease of mean (systolic and diastolic) blood pressure values (although not significant), a marked decrease in the mean of heart rate (−4.79 bpm, p = 0.05) and a slight decrease of the mean respiratory rate values (1 r.a., p = 0.06), compared to 440 Hz. The subjects were more focused about listening to music and more generally satisfied after the sessions in which they listened to 432 Hz tuned music.

I was curious what it would take to re-tune a song from 440 Hz to 432 Hz quickly and for free: 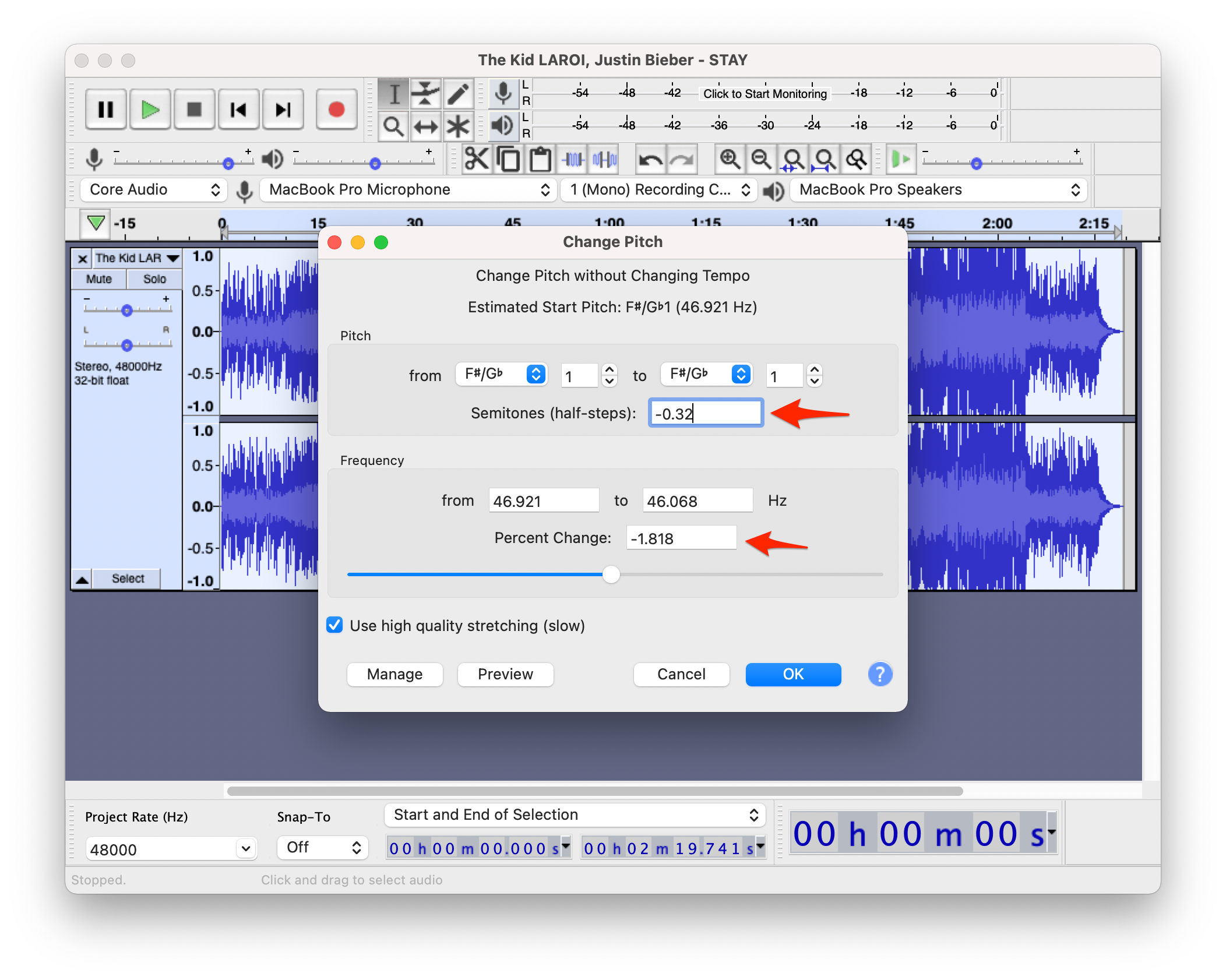 I did a thing

I took the re-tuned Bieber song above and put it up on YouTube under a channel where I plan to put up more 432 Hz re-tuned songs.
↪There are a few other YouTube channels already like this.

Here’s another good reference with more background context and comparisons: